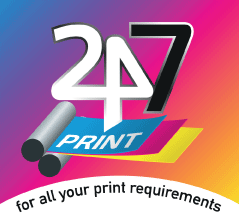 Agriculture involves the process of producing food, feed, fiber and many other desired products by the cultivation of certain plants and the raising of domesticated animals or livestock.

Agriculture is also known as “farming”, while scientists, inventors and others devoted to improving farming methods and implements are also said to be engaged in agriculture.

Subsistence agriculture involves farming on a small scale with limited resource inputs, and produces only enough food to meet the needs of one’s family.

At the other end is commercial intensive agriculture, including industrial agriculture. Such farming involves large fields and/or numbers of animals, large resource inputs (pesticides, fertilizers, etc.), and a high level of mechanization. These operations generally attempt to maximize financial income from grain, produce, or livestock.

Modern agriculture extends well beyond the traditional production of food for humans and animal feeds.

Beginning in the Western world, the green revolution spread many of these changes to farms throughout the world, with varying success.

Genetic engineering has yielded crops which have capabilities beyond those of naturally occurring plants, such as higher yields and disease resistance

We use cookies on our website to give you the most relevant experience by remembering your preferences and repeat visits. By clicking “Accept All”, you consent to the use of ALL the cookies. However, you may visit "Cookie Settings" to provide a controlled consent.
Cookie SettingsAccept All
Manage consent

This website uses cookies to improve your experience while you navigate through the website. Out of these, the cookies that are categorized as necessary are stored on your browser as they are essential for the working of basic functionalities of the website. We also use third-party cookies that help us analyze and understand how you use this website. These cookies will be stored in your browser only with your consent. You also have the option to opt-out of these cookies. But opting out of some of these cookies may affect your browsing experience.
Necessary Always Enabled
Necessary cookies are absolutely essential for the website to function properly. This category only includes cookies that ensures basic functionalities and security features of the website. These cookies do not store any personal information.
Non-necessary
Any cookies that may not be particularly necessary for the website to function and is used specifically to collect user personal data via analytics, ads, other embedded contents are termed as non-necessary cookies. It is mandatory to procure user consent prior to running these cookies on your website.
SAVE & ACCEPT